On November 26th 2015 the UK Search Awards ceremony was held in London to reward those companies leading the way in the UK Search industry. Fifty-Five, ten-seater tables full of search industry professionals filled the “Ballroom” in central London – enough search marketing talent absent from their computers to cause Bing and Google a mild panic from the decrease in internetÂ traffic.

Not only were Creare shortlisted for this years ceremony (again! Whoo! 2 years running!) but we were lucky enough to be in a position to sponsor the Best SEO Campaign category, meaning that Nick Rinylo (our COO) had to grudgingly hand over one of the most prestigious awards to another lucky company. 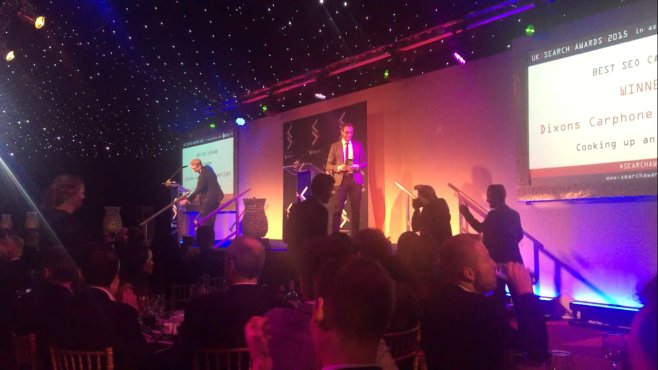 Although Creare didn’t win an Award this year (boo!) we were definitely proud to be in such fine company. Being shortlisted for Best Large SEO Agency among the likes of Stickyeyes (this years winners) and Branded3 was a real honour and a fantastic ‘pat on the back’ from the judging panel who recognise how hard it is to be successful as a large agency in search.

Our other nomination was for Best SEO Software Suite with our ‘Reporting v2’ software. This is a project that the systems team at Creare have been working on to allow our customers to see exactly what we’re doing with their campaigns and how well (or not so well – transparency!) we’re performing. The eventual winners this year were Searchmetrics with their own SEO suite, where over 80 developers have created a rather impressive suite of tools that really underpin the success of the entire company.

On a side note, our Systems Manager (I forget his name) thought it rather impressive that we were nominated for our Customer-only Reporting Suite alongside companies whose entire businessÂ relies on these public-facing systems.

“It just goes to show that the judges recognised the quality and the noble idea behind our Reporting suite” – said this strange man shortly beforeÂ the nominations were read aloud. “Even if only 3 developers worked on it…” he continued flatly. “MainlyÂ myselfÂ ” he finished.

Even though we didn’t win an award in our categories this year we feel really pleased to have finished in a tight second place in both (We did finish second! We did I tell you!). No reward for second place though and the Creare trophy cabinet feels that another scalp has been left un-claimed.

Until next year then we leave you with these lovely runner-ups. Oh look there’s what’s-his-face on the right! 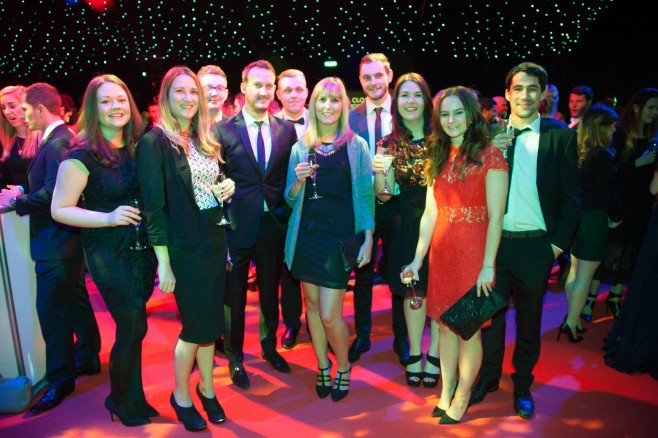