So, last Friday was Children In Need and in true Creare style we made sure we did something that raised as much money as possible. With the theme for the event being Pyjamas, we chose to also get involved by having a come to work in Pyjamas / Onesie day.

We werenâ€™t quite prepared for the efforts people would go to â€“ we had Superman, a tiger, Minnie Mouse and a certain someone in very classy silk pjâ€™s. Some people went all out and came in dressing gowns and slippers, and I think it was unanimous that it was quite literally the most comfortable day at workâ€¦ever. 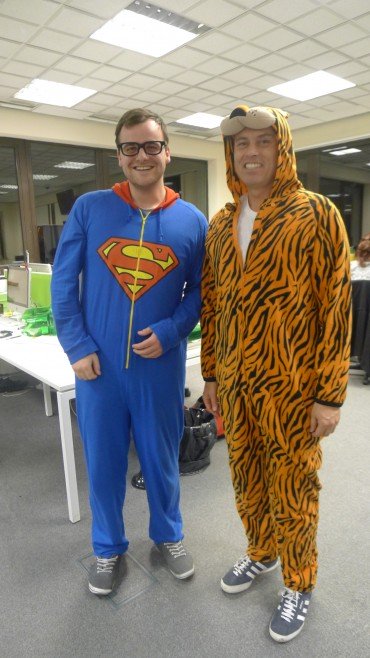 A charity fundraising day at Creare wouldnâ€™t be the same without a bake sale and our very own Great British Bakers cooked up some amazing bites including scrumptious scones (complete with jam & cream) & beautifully decorated Pudsey cakes. We also had biscuits, brownies, muffins and cupcakes, which went down a storm mid-morning & for afternoon tea. 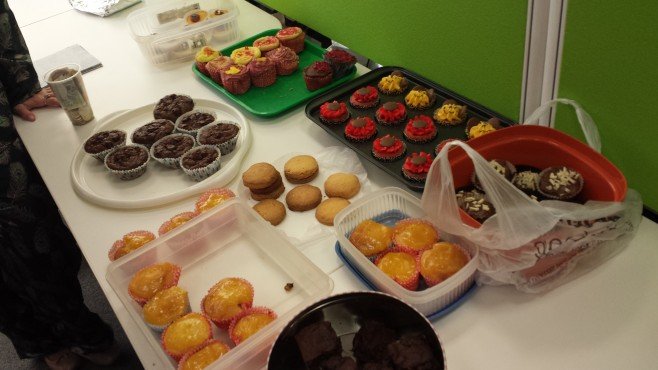 With all the efforts combined, we raised an amazing Â£230.80 â€“ the best result weâ€™ve had for a few years.

With thanks to everyone who went to so much trouble to organise such a good day, as well as those who made the effort with dressing down & contributed their baking skills â€“ this Friday just wonâ€™t be the same! 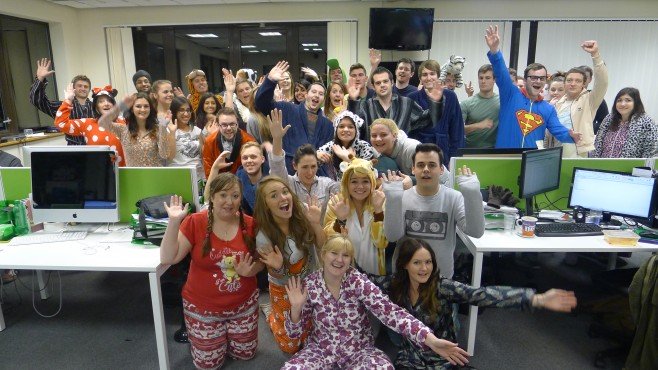